Minnie was surrendered to us by her previous owner because of ongoing fly strike and infection problems around her tail.

Minnie is a BIG girl – very overweight, and her tail was fat and heavy and we thought this was the reason she has been unable to lift it to urinate. We cleaned her up when she came to us and clipped off all excess wool around the area, but as she was unable to lift her tail, the problem would have been ongoing if nothing was done about it.

As you can see in the video of Minnie when she first arrived at Happy Hooves (below) – her tail just hangs and she has absolutely no control of it.

We took her to our local large animal vet who decided that the best action for Minnie was to remove the tail. It was discovered when the time came for amputation that it was fractured and she had no chance of ever lifting it, so the entire tail was removed under general anaesthetic. We are taking extra special care of her while it heals, but it must be a huge relief to be able to pee freely!

Although sheep’s tails are routinely removed in the Australian sheep industry as an alternative to close monitoring and attention, we would never remove it unless it was definitely in the best interests of the animal.

Minnie got her name the same way a HUGE guy ends up being called “Tiny”; she is a sweet and gentle girl who loves the company of humans. Minnie is currently on a diet! 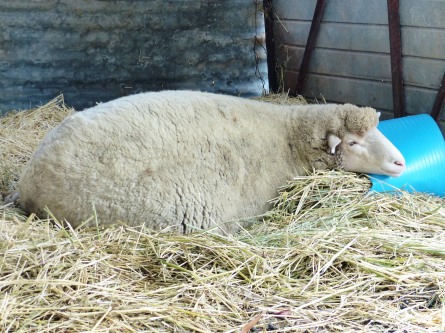 Minnie has been allowed to get WAY too big

Minnie has a soft, sweet face 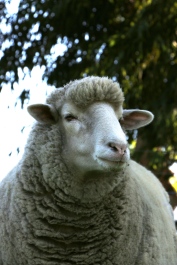 The day after vet removed her tail… ouch!

Would you like to help us to take care of Minnie?  One off donations and sponsorship gifts are available now to support our work. Thank you for caring about farm animals. 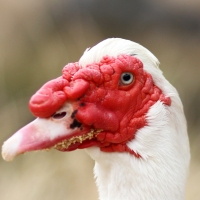