Young Evie was the victim of a brutal dog attack. The mauled lamb was found by a member of the public, and had been dropped off at Armadale pound. One of our volunteers immediately went and picked her up and took her to our vet, where she stayed for three nights to undergo treatment for her wounds. She had suffered lacerations to her face and neck, and her right eye was damaged beyond repair.

We were not prepared for what we saw when Evie arrived at Happy Hooves three days later. Though we knew her condition was poor and her wounds were bad, they were actually far worse than we had anticipated. Realizing the pain and terror she must have suffered brought us to tears.

We did our best to keep her comfortable – we kept her inside with the fire going and administered pain relief while she healed. Her wounds needed to be cleaned twice daily, which we did as gently as possible. As time went on her overall demeanor and appetite improved.

Two weeks after her arrival, we took her back to the vet for a follow up appointment. They were happy with her progress – her wounds were healing nicely, and she was much heavier and stronger. It was also hoped that surgery to remove the eye wouldn’t be necessary, as it was shrinking away naturally.

It has now been two months since Evie came to us. She is doing amazingly well, her wounds have healed and wool is growing back in those areas. We opted to have her eye surgically removed, and she is currently healing from this procedure.

She now spends her days with new lamb friends – Harry, Lacey, Donut and Nigel. As for Evie’s missing eye, she won’t be alone, as she will be one of three one-eyed sheep when she joins the flock.

We hope that Evie continues to blossom, and enjoys a long happy life here at Happy Hooves Farm Sanctuary.

Would you like to help us to take care of Evie?  One off donations and sponsorship gifts are available now to support our work. Thank you for caring about farm animals. 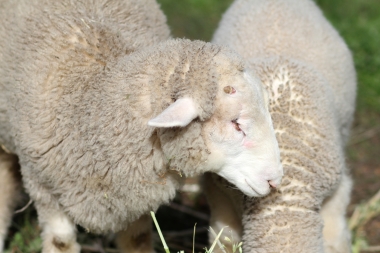 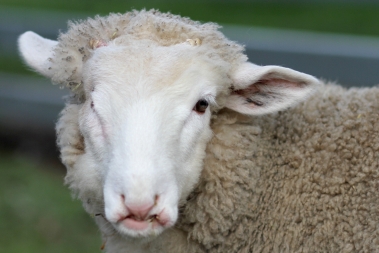 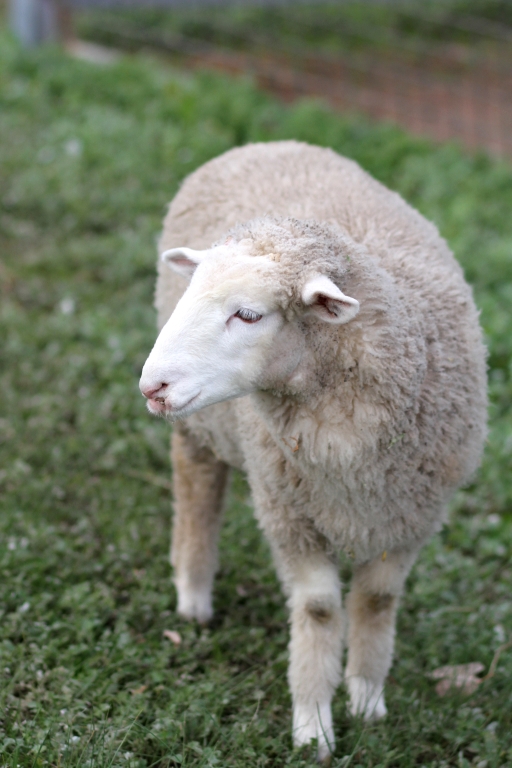 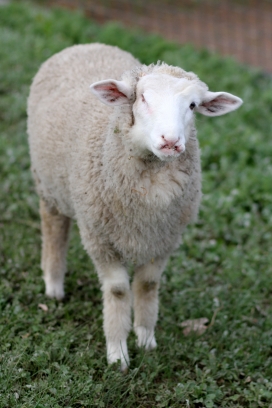